​​​Adam Aguilar is a blues/rock/soul singer, guitarist, and songwriter based in Oklahoma City. With an upcoming solo debut due in the summer of 2020, produced and co-written by local Veux Studios' James Conner and Dameon Aranda of OKC based band, Aranda. The self titled album is also co-written by Adam Aguilar Band guitarist, and Oklahoma favorite, Randy Sanders. It also features performaces by Gabe Aranda and Adam's brother Albert Aguilar (aka The Odds). The album had it's first single release on April 17, 2020 with a song titled "So Right." Adam has spent most of his adult life performing in Oklahoma as well as bordering states. As a founding member of the OKC bands Sub Roza, 2AM, and The Weekend AllStars, Adam has opened for such names as Styx, REO Speedwagon, Ted Nugent, Creedence Clearwater Revisted, Raul Malo, The Texas Tornados, and Ian Moore. He was a featured act in The Texas Music Extravaganza, a Texas PBS documentary focused on the life, musical career, and influence of the great Doug Sahm (The Sir Douglas Quintet/Texas Tornados), where he joined Flaco Jimenez, Shawn Sahm, Auggie Myers, Ernie Durawa, and Raul Malo (of The Mavericks), among others, in tribute to Sir Doug Sahm. Adam’s upcoming release brings a sort of welcomed rebirth as a solo artist. The self titled, solo debut puts Adam's soulful vocal front and center and is poised to take his career in exciting new directions. 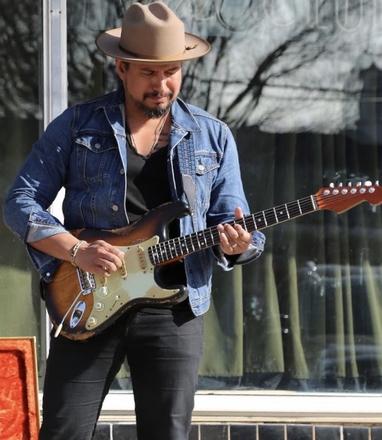